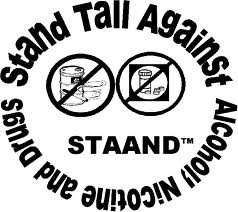 Myth: My child can drink responsibly.
Fact: Teenage drinking is against the law. If your child is under 21, drinking alcohol is a big problem: It’s illegal. If caught, they could receive a local ordinance violation ticket and be sent to court. Consequences may include: paying a ticket and court costs, performing community service, or taking alcohol education classes. Youth who drink can be impacted in a variety of ways including: academic difficulties, making unhealthy decisions due to lowered inhibitions or becoming victims of crime.

Myth: There is no difference between adults and teenagers drinking. I would be a hypocrite to tell my child to not drink.
Fact: Teenagers are more vulnerable to the effects of alcohol. Adolescents become addicted to alcohol in as little as six months, because they are still developing physically and psychologically.

Myth: All the other kids drink alcohol and I want my kid to fit in.
Fact: If you really want your teen to fit in, make sure he/she stays sober. Most young people don’t drink alcohol. Research shows that 78% of youth ages 12 to 20 haven’t had a drink in the past month. (Monitoring the Future 2015)

Myth: Beer and wine are safer than liquor.
Fact: Alcohol is alcohol…it can cause problems no matter what the form or how it is consumed. One 12-ounce bottle of beer or a 5-ounce glass of wine (about half a cup) has as much alcohol as a 1.5-ounce shot of liquor. Alcopops – sweet drinks laced with malt liquor – often contain more alcohol than beer.

Myth: It’s not hurting anyone.
Fact: Alcohol is a depressant and as little as one or two beers begins to put the brain to sleep. The result is that coordination; judgment, reflexes, and emotions are impaired. This in turn can lead to serious and potentially fatal results. Teen alcohol use kills around 4700 people each year. Approximately 68% of these are due to incidents other than traffic related fatalities, such as alcohol poisoning, falls, and suicide. (MADD 2014)