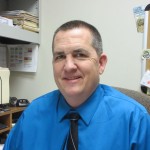 If you wanted to define dedication, you need look no further than the name Mark Keller. As a police officer for Hinsdale Police Department, he gave thirty years to the community; fifteen of those years were spent as the School Resource Officer at Hinsdale Central High School. His level of compassion and commitment to his duties were inspired by his desire to give back, a desire that was rooted in some of his misspent youth. Sadly, on January 28, 2016, Officer Keller said “10-4” one last time before retiring.

As a teenager, like all teens, he made his share of bad choices. Admittedly and unabashedly, he said that he got in enough trouble in high school that he was expelled. What made the difference for him was a good juvenile officer.   He took the time to talk to Mark and listen. This allowed Mark to figure out what it took to get back on the right path. He was able to get his high school diploma and go on to college. Initially his major was Computer Programming but after taking an Introduction to Criminal Justice, he knew he wanted to be a police officer.

Once Mark began working as an officer, he found that he had a knack for working with students. He recalled his experiences with the juvenile officer from his youth and began to emulate him. He wanted to make sure that kids felt heard and could see beyond what people typically felt about the role of police; people who were there just to punish you for a misdeed. When I asked Mark about the most rewarding aspects of his job, tears surfaced in his eyes. “I once had a kid who was heavily involved with drugs. He didn’t listen to his parents and at one point ran away. He ended up in juvenile detention. While he was away he got better and eventually graduated from high school. Three years later I got a call from the station that someone was there to see me. It was this young man. He was about to start his sophomore year in college. He wanted to make sure he was on the right track before he came back to see me. He told me that he wanted me to be proud of him, and I was. That’s when you know that you’re making a difference.”

When talking about his partnership with the Township, Mark expressed his respect and value of its’ peer jury program. “If a kid goes to court, they get thirty seconds in front of the judge. There’s a fine that’s likely paid by the parent. In peer jury, the responsibility goes on the kid and it’s their peers who are talking to them, not an adult telling them what they did wrong. It’s much more effective and the recidivism rate is much lower.”

I asked Mark what piece of advice he would give to someone about making the world a better place and here’s what he had to say: “ If anyone ever says to you, “Do you have a second?”, unless there’s something you absolutely have to do right then, you say, “Sure. What’s up?” One day a female student came to me and asked me if I had a second. We went to my office and she told me that she had been sexually assaulted. You always need to listen to students.”

Mark, the students at Hinsdale Central High School were fortunate to have an SRO such as you. There are many unknown positive effects you’ve had on their lives. Your dedication is something that will long be remembered by many. The Township enjoyed the partnership we had with you. You are sorely missed.

Tagged with: face of DGT • face of downers grove township