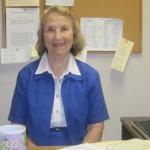 Return of the Medical Alert Scam

Call it the Ghost of Scams Past. Last year the Illinois Attorney General’s Office warned about consumers in Illinois receiving unsolicited calls that they either were eligible for a free medical alert system or that a friend or family member had purchased one for them. The caller would then ask for personal information, which might include a bank account number or Medicare number. The Attorney General’s Office issued a press release on this scam, which you can read here: http://www.ag.state.il.us/pressroom/2013_06/20130606.html

The scammers are back! In the last month, this scam has resurfaced and the Attorney General’s Office has heard from several consumers receiving these calls, particularly in southern Illinois near Saint Louis. Remember, never give personal information to someone you do not know, especially for something you did not order. For more tips on this scam, including action taken against one company making similar calls, read this Federal Trade Commission (FTC) blog entry: http://www.consumer.ftc.gov/blog/robocall-scammers-who-lied-about-free-medical-alert-devices-weve-got-your-number.

Yesterday, an AgeOptions employee received a call on her cell phone. The caller knew her name and said he was calling from the “National Bureau of Crime Enforcement” because there was a warrant for her arrest. The caller then transferred her to a “senior officer” who said she owed the government money, and if she did not resolve this issue, he would arrest her. Despite questions from our coworker, the caller would not say where he was calling from, what her debt was for or which government agency was requesting the money. Our coworker knew this was a scam and hung up. The caller in this scam is playing on your fear and using the threat of arrest to scare you into either giving out personal information or sending money.

If you get a call or letter from a government agency, lookup the agency’s phone number online or in a phone book and call to get the real story. It is important to independently verify a phone number before calling because the scam caller or letter may give a phone number to call that will just connect you to a scammer. In fact, this letter had an Illinois number that looked legitimate but it number was not the actual Attorney General’s number. Always verify contact information. For more information on government imposter scams, read this FTC article: http://www.consumer.ftc.gov/articles/0048-government-imposter-scams.

Report these scams to the Illinois Attorney General and FTC or call the Illinois SMP at AgeOptions for assistance: (800)699-9043.